Can you think of a grassroots, volunteer driven movement, with great social relevance?

Only a few years ago, I wouldn’t have either. Yes, I would see occasionally ads in newspapers in Geneva, publicising a U3A lecture in one of the University buildings, but I had no idea what they were doing and why.

One morning an English neighbour in Spain rang the doorbell and said: “I am going to the U3A meeting, do you want to come?” I had no idea what he was talking about but, having the time, I said: “sure, yes.” I never looked back since, because it changed my wife’s and my life in many unexpected ways.

I had just retired after a very busy career in TV news and, although I enjoyed having the time to do unimportant things with no pressure from deadlines, I was still a beginner at the retirement game. Then, at the U3A, I met a group of seasoned pros – and I never looked back since. I was drawn into all sorts sorts of groups and activities, met lots of interesting people, some of whom became close friends – at a time in life when it’s supposed to be practically impossible to make new friends – and got busy again, having fun.

It turns out that the U3A is a big deal for part of the European population – and outside Europe, too.

When you read about old age, you learn about the ravages of solitude, aimlessness, isolation, lack of physical and mental activity – resulting in depression, loss of mental acuity, early onset of dementia and death.

Now, imagine a bunch of senior citizens not on zimmer frames or walking sticks, but with hiking boots and hats, striding the stony paths of Spanish, French or Swiss mountains or UK hills. This happens every day, all over Europe. Instead of being bedridden and waiting for God, these senior citizens are likely to have a hearty meal after their hike, washed down with wine or beer and enjoying a lively conversation. The meal may stretch into the afternoon, but a few may be rushing home, to get ready for a dancing party in the evening – some people are very busy.

The same week there is likely to be a coach trip to a nearby city for sightseeing and shopping, or a longer trip further afield to visit cities, museums and natural wonders.

Add to this a range of lectures about history and history of art, dancing, lessons on computing and smartphones, card and board games, family history, learning to play instruments, aerobics and various types of exercise, gardening, lunch and dining groups, painting, photography… and on and on – and that’s just for one U3A, in Javea, Spain https://u3ajavea.com/info/groups-2/ (If you like the website, I designed its current version and I share the maintenance tasks with a friend – at no cost to the U3A, except the cost of hosting, of course.)

Truth be told, if you can afford a yearly membership fee of between 5 and 10€ (for Spain) all of these activities are at your disposal, for free. The secret is that, with few exceptions, all activities are provided by other U3A members, on a voluntary basis. These are often people who have had interesting careers, who still have high qualifications and enjoy giving their time and sharing their knowledge with other members, at no cost to the organisation. The only additional costs you may incur are meals, drinks, professional sports teachers and the actual costs of travel.

The U3A wa started in 1973 by Prof. Pierre Vellas in France, at the Faculty of Social Sciences in Toulouse. French U3A branches were usually associated with local universities, offering courses in a variety of subjects, issuing certificates of completion, but no diplomas. In the 1990s the concept was broadened to the notion of the University of All Ages (UTA – université tous âges) or University of Free Time (UTL – université du temps libre).

The U3A concept reached the United Kingdom by the early 1980s, where its organisation adopted more of a self-help model, under the influence of its founders, Peter Laslett, Michael Young and Eric Midwinter.

“The ‘third age’ is defined by a time in your life (not necessarily chronological) where you have the opportunity to undertake learning for its own sake. There is no minimum age, but a focus on people who are no longer in full-time employment or raising a family.”

The U3A further expanded to the rest of Europe and the world – with branches in most countries and millions of members.

One of the remarkable achievements of the U3A is that, with all its activities, it facilitates the creation of a rich web of personal relations and friendships, which result in a network of solidarity, with people keeping in touch and checking on each other’s well-being, providing support to those who suffer from ill health, offering advice on medical and social services and, when needed, offering lifts to hospitals or rehabilitation centres – and, most important of all: companionship.

Because the presence in our society of a sizeable number of senior citizens suffering from loneliness, depression and ill health, people whose resistance is lowered by stress and unhappiness and who get sick and become bedridden, constitutes a big burden on health systems and the economy. On the other hand, senior citizens enjoying a good social life, physically fit and mentally active, tend to burden less health and social services, while still contributing to society, by being able to help their own families or with voluntary labour for a range of charities.

With the range of services they offer, the U3As (at least the ones I know of) are not a burden on public finances, considering that they are entirely self financing, thanks to their low overheads. 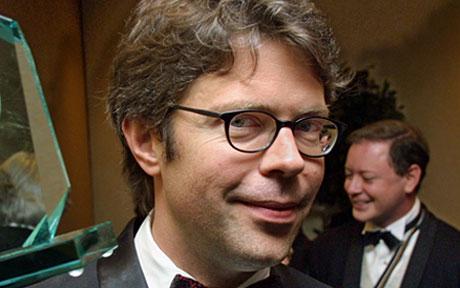 Thu 02/02/2012
The Telegraph: Jonathan Franzen: e-books are damaging society Franzen may be a good writer, it doesn’t mean that everything he says should be cast in bronze… I think that the 3′ serial interviews granted to [...]

Sat 06/09/2014
The Wall Street Journal published a story on the ancient Roman bridge, Ponte Emilio in Rome: Ancient Rome’s Bridge to Nowhere. If you are interested in history and architecture, it’s an informative piece, well written. Unexpected [...]

ISD report examines Kremlin and other influences on German elections

Sun 07/01/2018
In the wake of Trump’s victory, I built a bot to expose bigots. Then Twitter suspended it — and kept the bigots. Source: Opinion | Confessions of a Digital Nazi Hunter