The Human Rights day is an opportunity to celebrate achievements in the field, as we’ve made considerable progress since the Universal Declaration of Human Rights (UDHR) was adopted by the UN General Assembly on 10th December 1948. It was the first legal document to set out the fundamental human rights to be universally protected.

In the decades since the proclamation of the UDHR, the world as a whole grew richer, and people lived longer. More children went to school, and more women were able to gain a greater measure of autonomy. More people in more countries had more opportunities to break the constraints of poverty, class, caste and gender. But we are also facing setbacks, as the environmental crisis, is exacerbating discrimination, marginalisation, and inequity. Climate-related migration is also on the rise. Actions to address these crises are not sufficient to avert the human rights consequences. We are also seeing the return of authoritarianism around the world, with democracy under siege and human rights wilfully ignored.

We are witnessing a critical period in world affairs. Humanity is suffering from the setbacks sparked by COVID-19. We are struggling to move from the temporary pandemic measures to shore up health care and income protection, to long-term investments in universal social protections – including universal health coverage – as well as adequate housing, work, and access to education.

For the UN High Commissioner for Human Rights Michelle Bachelet, soaring inequality is exacting an intolerable toll on the poorest and the least protected in our world:

“Equality is at the heart of human rights, and at the heart of the solutions required to carry us through this period of global crisis. That doesn’t mean we must all look the same, think the same or act the same.

It means that we embrace our diversity and demand that we are all treated without any kind of discrimination.

…Equality is about empathy and solidarity and about understanding that, as a common humanity, our only way forward is to work together for the common good. ”

Anne Applebaum conducted a wide-ranging interview with Sviatlana Tsikhanouskaya in Vilnius, Lithuania, where she fled after probably winning the presidential elections in Belarus, forced out by the dictator Alexander Lukashenko. Tsikhanouskaya recounts how, from housewife looking after her children and not into politics, she became involved with the opposition and ending up, eventually, running in the presidential elections herself, after her husband Siarhei became imprisoned in Belarus, after deciding to run for president.

Tsikhanouskaya ran in his place, with no motive other than “to show my love for him.” The police and bureaucrats let her. Because what harm could she do, this simple housewife, this woman with no political experience? … Unexpectedly, Tsikhanouskaya was a success—not despite her inexperience, but because of it. Her campaign became a campaign about ordinary people standing up to the regime.”

Anne Applebaum also documented another aspect of the Belarusian regime’s attack on human rights, documenting the plight of refugees at the Belarus-Polish border

“A Dictator Is Exploiting These Human Beings. Belarus’s ruler has used asylum seekers to destabilize the EU. And he’s not the only one profiting politically from their misfortune.”

Thousands of refugees were promised access to the EU, charged by Belarus for visas and flown into the country. They were then ferried to the Polish border and pushed against the razor wire and Polish police, border guards and soldiers barring the way. Prevented from returning to Belarus and facing hunger and freezing temperatures, the people who managed to sneak through the border then had to avoid the security forces hunting them, to force them back into Belarus, regardless of the conditions prevailing in the area.

Every day is Human Rights day

Reading the news every day, we see attacks on human rights and register setbacks around the globe: Russia, India, Brazil, Philippines, Belarus – but also, distressingly, closer to home in Hungary and Poland, where LGBTI+ rights are under attack, abortion made illegal, courts under the control of governments and free press hobbled or eliminated.

Our democracy and Human Rights can never be taken for granted, as they can vanish overnight, like in so many apparently safe countries – it’s a daily battle, fought during every electoral campaign, but also with every discussion with family, neighbours and friends, with every post on social media and every time we see truth and facts denied and derided. 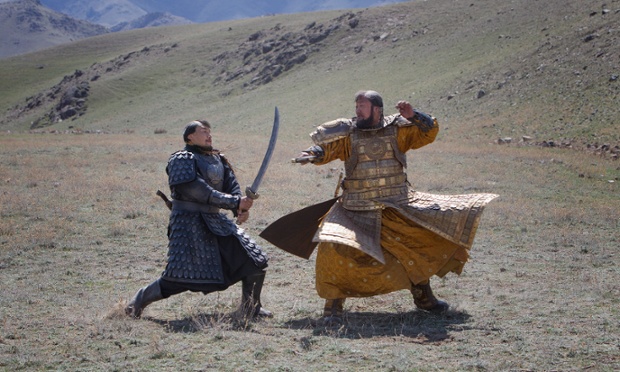 Netflix will have to consider ads to make a profit, says Sir Martin Sorrell | Media | The Guardian

Sun 03/05/2015
Sky in the UK took a similar approach: you pay for a subscription, then you pay more for premium content, then you get advertising on top – and you never own the content you pay [...]

Someone is wrong on the Internet. That’s where I come in |The Washington Post

Sun 21/08/2016
Life working for Snopes, in the service of facts. Source: Someone is wrong on the Internet. That’s where I come in. – The Washington Post

Ivan Ilyin and the Ideology of Putin’s Rule | Foreign Affairs

Sat 26/09/2015
Ilyin has also received a great deal of attention from seemingly polar opposite groups within Russian society. The Putin administration often quotes him. Members of the Russian Orthodox Church have praised him as a “religious philosopher” who [...]