What’s special about Europe and Aranjuez?

I would say that culture is the most distinguishing aspect of Europe. And Aranjuez certainly has pride of place among the cultural highlights of Europe. A royal summer palace with extensive gardens, close to Madrid, it enjoys a privileged site, by the river Tagus. Although one of the prime cultural sites in Europe, Aranjuez has so far managed to escape the fate of Venice or Barcelona, it doesn’t feel as if it’s drowning in tourist rentals and tourists, bringing money, hustle and bustle and taking away everything else.

Modern Aranjuez has managed to retain its old world charm. Although only an hour by car from busy Madrid, it has the laid back, unhurried atmosphere of the Spanish province. Sidewalk restaurants and bars with locals discussing and joking, greeting each other expansively as if they hadn’t met in ages – talking invariably at the top of their voice about anything under the sun and, in general, relaxing and enjoying life.

It may have been a mirage, but I actually saw people managing to park in front of restaurants in which they intended to eat!

In 1560 King Philip II declared the location a Royal Site. The royal palace was constructed In the second half of the 16th century, and the name of the resulting settlement was changed from Alpajes to Aranjuez.

Aranjuez became one of four seasonal seats of government, occupied during the springtime (from about holy week). Thereafter, the court moved successively to Rascafría, El Escorial and wintered in Madrid.

The site was initially designed by Juan Bautista de Toledo and completed by Juan de Herrera. During the 18th century Santiago Bonavía redesigned parts of the site.

Aranjuez was reserved for the exclusive use of the royal family, nobles of the royal court and palace servants until 1752, when king Ferdinand VI, allowed visitors to stay overnight. Until then they had to lodge in nearby settlements, such as Ocaña.

The cultural Landscape of Aranjuez became a UNESCO World Heritage Site in 2001.

The great avenue of plane trees (platanus x hispanica) is probably the best known image of the extensive royal gardens, particularly in autumn, when leaves change colour and start falling.

Aranjuez saw the first hybridation between platanus orientalis, originating in southeastern Europe and Asia, and the platanus occidentalis, from the eastern United States. It has been particularly appreciated ever since, for the ample shadow it provides in streets and parks throughout Spain. The oldest specimens are still growing in Aranjuez, among them the “Plátano Padre” or Father Plane tree, more than 230 years old.

Aranjuez currently has a population of app. 60 thousand.

The Concierto de Aranjuez is a classical guitar concerto by the Spanish composer Joaquín Rodrigo, written in 1939. The concert was inspired by the gardens of Aranjuez.

The composer said about his work, that the first movement is “animated by a rhythmic spirit and vigour without either of the two themes… interrupting its relentless pace”; the second movement “represents a dialogue between classical guitar and solo instruments (cor anglais, bassoon, oboe, horn etc.)”; and the last movement “recalls a courtly dance in which the combination of double and triple time maintains a taut tempo right to the closing bar.” He described the concerto itself as capturing “the fragrance of magnolias, the singing of birds, and the gushing of fountains” in the gardens of Aranjuez.

Sat 25/06/2016
My impression at the moment is that the Leave side has been surprised by its own victory. While they were all clamouring to get their independence back and jettison the unfair EU, they have all [...] 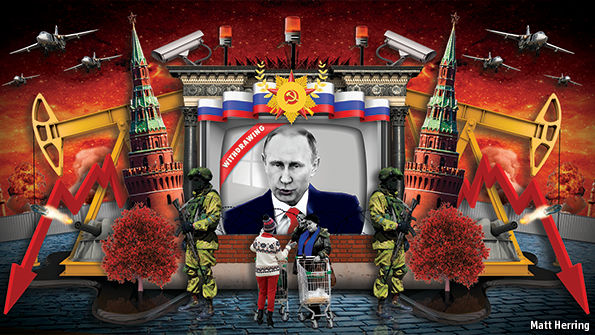 A strategy of spectacle|The Economist

Wed 23/03/2016
Our friendly eastern neighbour uses the same playbook as his friend Berlusconi and admirer Trump. Every move is calculated to reflect positively on the hero, while vilifying his foes – all of it played on [...]

Sun 15/04/2012
Today’s feature on Onshore Wind Turbines shown by BBC in Countryfile shows pictures of wind turbines, interviews with people for and against (some of them very emotional). The reporter is shown on top of a [...]

Cult of Mac on magazines and advertising on the iPad

Mon 09/04/2012
Ryan Faas in Cult of Mac writes about magazine apps and advertising, bemoaning the fact that the experience is, often, akin to reading a PDF edition of a magazine, rather than an all-singing-all-dancing experience iPad [...]

Fri 07/06/2013
“Is it just me or does the entire news media — as well as all the agitators and self-righteous bloviators on both sides of the aisle — not understand even the rudiments of electronic intercepts [...]