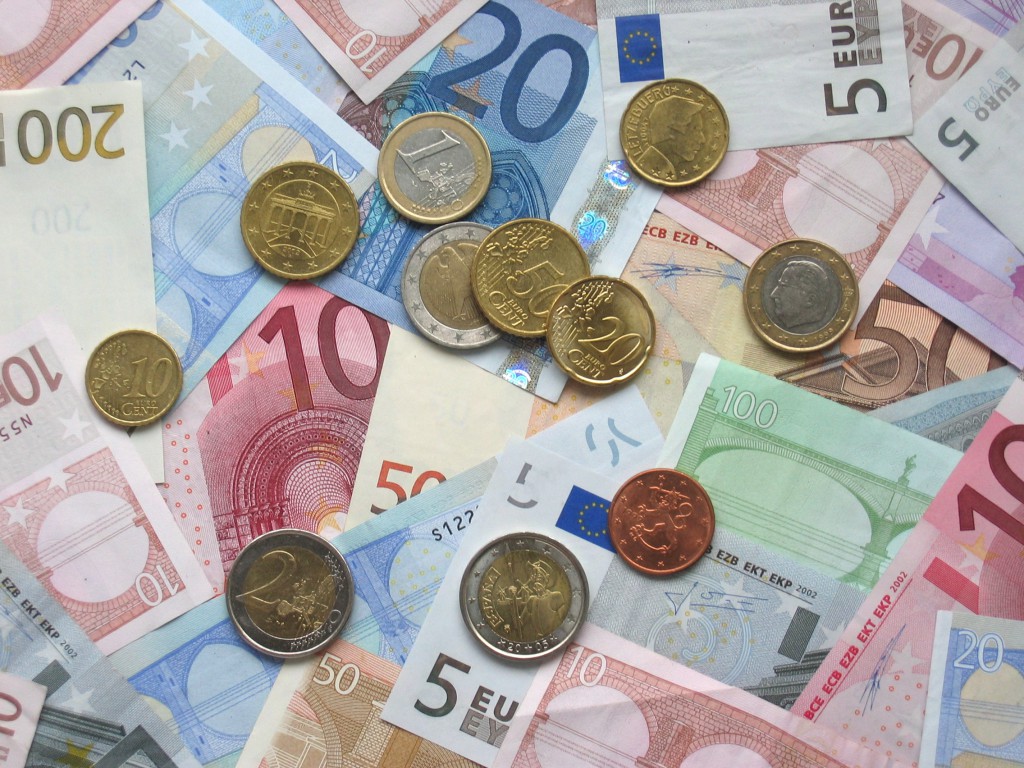 Two aspects of the crisis: on the one hand, the euro and the financial crisis and, on the other, the credibility and future of the European Union.

Vivien Schmidt writes in Foreign Relations Saving the Euro Will Mean Worse Trouble for Europe – charting the disastrous choices ahead. To put it in a nutshell: “Markets are reeling because Europe’s leaders have only offered up half-measures to resolve the crisis. Not until Brussels, Paris, and Berlin realize the fundamental flaw in their current approach – a lack of real political and economic integration across the eurozone – will there be an end in sight.”

Bernard-Henri Lévy writes in his syndicated column in the Huffington Post: In the Face of Financial Crisis, Redo Ancient History. Although in a verbose and a tad bombastic way, BHL makes an interesting point: in order to understand the magnitude of what’s going on now, you should look at it in perspective. In this case, the perspective is also the history of the western civilisation and of ancient Greece, which happens to be the cradle of democracy. I know that this will upset my American friends because they thought they invented democracy, but it’s good to remember where it started and how.

What’s the difference between a manager and a leader? A manager has employees, a leader has followers. We’ve had and have all sorts of prime ministers at the moment, from the appalling (former PM) Berlusconi, to the dithering Angela Merkel, from the posturing Sarkozy to the neither-here-nor-there Cameron, but we lack leaders with a vision. Moments like this can’t be just managed, extinguishing one fire at a time: you need leadership and a vision, which will pull behind the peoples of Europe. Following the news at the moment is like watching a slow-motion crash: you can see the euro and Europe falling apart, and everybody seems to be stuck in molasses, nobody seems to be able or willing to do anything useful to prevent it from happening. Of course, we have a terrible track record, when it comes to leaders with a vision in Europe: Mussolini, Hitler, Stalin – but then, also Churchill… help me out here: who the hell else? We have a rash of populists (right and left-wing), Euro-sceptics, neo-nazis, neo-fascists, all sorts of bugs are crawling out of the woodwork, but we lack a group of intelligent, charismatic leaders, who can explain what and why they are trying to do, instead of looking for lame excuses and worrying about the next election.

There is a lot of finger-pointing, short-termism, pleasing the populace (or, at least, not pissing it off too much), but where is the blood and tears speech, the encouragement to hard work and the vision of a brighter future? The understanding that we can only make it together, not against each other.

Are we doomed to breaking up the common currency, swiftly followed by re-erecting customs barriers, then rebuilding the borders and, soon after, conflicts? People have always had and always will have conflicts – that’s the history of humanity, must be in our nature. But during the past 60 or so years, in Europe, we had the French and the Germans, the Brits and the Spaniards squabbling over fishery quotas around a table, not rolling out their tanks. And when it comes to deciding about the Common Agricultural Policy, or whatever other subjects, ministers and heads of government squabble, fight and give press conferences, but our sons don’t die on the battle fields, our homes don’t get bombed, the concentration camps don’t work full-time, eliminating whoever is the current Jew or other enemy to be vilified and exterminated. We seem to be suffering from collective amnesia, forgetting why Europe was such a wonderful project: because Europe was just emerging from the worst war in its history, when an estimated 50 million people were killed in battle, exterminated in concentration camps by Hitler or Stalin, starved and frozen to death. We forget that people, in Europe, used to be hungry, cold, dying of very preventable diseases or, simply, murdered because of the shape of their nose, their religion, nationality, ethnic group. Even if we were completely stupid and amnesic, the break-up of Yugoslavia, at our doorstep, should have reminded us that very civilised, very nice neighbours can commit atrocities, which we though were proscribed forever: ethnic cleansing, concentration camps, criminals released from prison and unleashed on “enemy” populations, free to rape, torture, pillage and murder as they pleased. That was not even 20 years ago!

The Common Market and then the European Union sheltered us from that. We saw conflict around us, but we mostly kept out of it. We may have contributed money, some troops but, besides a few waves of immigrants, we were not affected.

Am I a shameless apologist of fat cat Eurocrats? A scare-mongerer? I hope so. I hope that I will be proved wrong. I hope that we will find women of men with vision and charisma, who can make us love what we have in common with our neighbours, not just hate their perceived weaknesses and privileges. We are stumbling around, blindfolded, on top of the colonne Vendôme (or pick a tall column in your own city), we are playing brinkmanship and scoring points, singling out our more or less fortunate neighbours. Playing with fire. 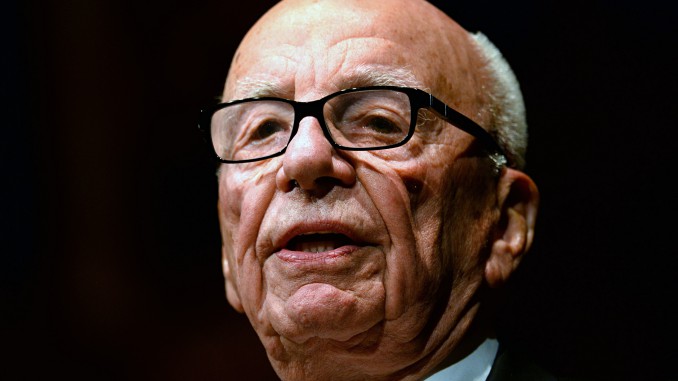 Brexit hangover – who won the referendum?

Sun 26/06/2016
If sanity ever regains a foothold in the UK – I am not holding my breath – perhaps the endless concessions which Murdoch won from prime ministers, from Thatcher onwards, should be scrutinised and, as [...] 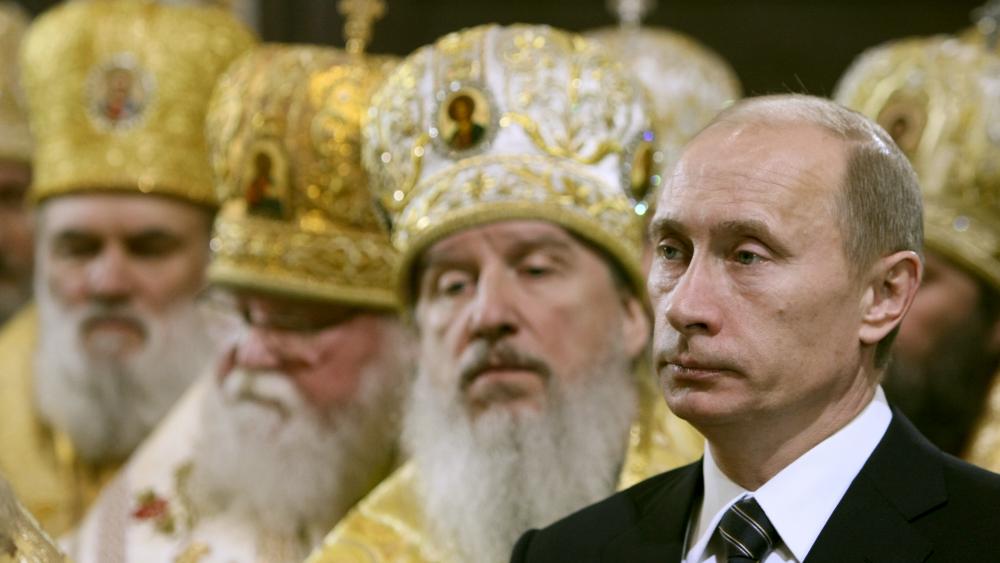 Mon 09/02/2015
The West’s ability to counter the Kremlin’s skillful propaganda is now a matter of global security. Here’s how to do it. Source: Unplugging Putin TV | Foreign Affairs

Sun 03/05/2015
Pro-lifers are a charming, coherent bunch. Defend life at all costs – except for the death penalty, universal gun ownership and indiscriminate killing of whoever gets in your way or is even vaguely suspicious. Being [...]