The Economist blog Free Exchange: Lessons of the 1930s comments on Joseph Stiglitz’s The Book of Jobs in Vanity Fair. Here is my comment:

Interesting that the author has found issue with some of the technical aspects of Stiglitz’s theory, but has not found it useful to comment on his ideas about banks:

“The banks got their bailout. Some of the money went to bonuses. Little of it went to lending. And the economy didn’t really recover—output is barely greater than it was before the crisis, and the job situation is bleak. The diagnosis of our condition and the prescription that followed from it were incorrect. First, it was wrong to think that the bankers would mend their ways—that they would start to lend, if only they were treated nicely enough. We were told, in effect: “Don’t put conditions on the banks to require them to restructure the mortgages or to behave more honestly in their foreclosures. Don’t force them to use the money to lend. Such conditions will upset our delicate markets.” In the end, bank managers looked out for themselves and did what they are accustomed to doing.”

And his conclusions: “…If we expect to maintain any semblance of “normality,” we must fix the financial system. As noted, the implosion of the financial sector may not have been the underlying cause of our current crisis—but it has made it worse, and it’s an obstacle to long-term recovery. Small and medium-size companies, especially new ones, are disproportionately the source of job creation in any economy, and they have been especially hard-hit. What’s needed is to get banks out of the dangerous business of speculating and back into the boring business of lending. But we have not fixed the financial system. Rather, we have poured money into the banks, without restrictions, without conditions, and without a vision of the kind of banking system we want and need. We have, in a phrase, confused ends with means. A banking system is supposed to serve society, not the other way around.”

I would find it much more interesting discussing what was achieved by throwing colossal amounts of money at the banks first by the Bush administration, no questions asked, reinforced later by the Obama administration. Same for European banks, namely Ireland and Britain. If a fraction of that money had been invested in the “real world”, we may have had fewer bonuses for bankers and a much better economic situation. It may be time to start discussing how to jump start the “real world” and stop fretting endlessly, like David Cameron did only a few days ago, about saving the City of London and the financial institutions. The City does not intend and cannot do anything for the economy, other than speculate on the euro or betting on anything that can bring money to the shareholders – the casino economy. Robert Peston’s report on the BBC “The Party’s Over: How the West Went Bust” asks some interesting questions. It’s time to look for answers. Perhaps it’s time to use money to create jobs, invest in infrastructure, schools and health, rather than throwing good money after bad at the unproductive financial sector which, in the best case, will only look after itself as we go to hell in a bucket. 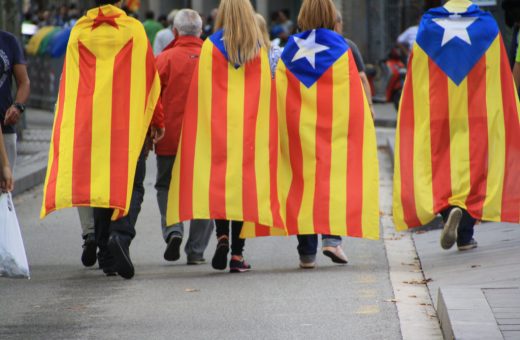 Explainer: What you need to know about Catalan independence |Wikitribune Beta

Fri 27/10/2017
Source: Explainer: What you need to know about Catalan independence – Wikitribune Beta

Thu 10/03/2016
Source: European Commission in the UK – Euromyths and Letters to the Editor » Euromyths A-Z index

The Guardian: The double standards of green anti-nuclear opponents

Fri 01/04/2011
The double standards of green anti-nuclear opponents There is no easy solution, no question about it. But let’s look at the options, not just run around waving our arms. The same people who oppose nuclear [...]